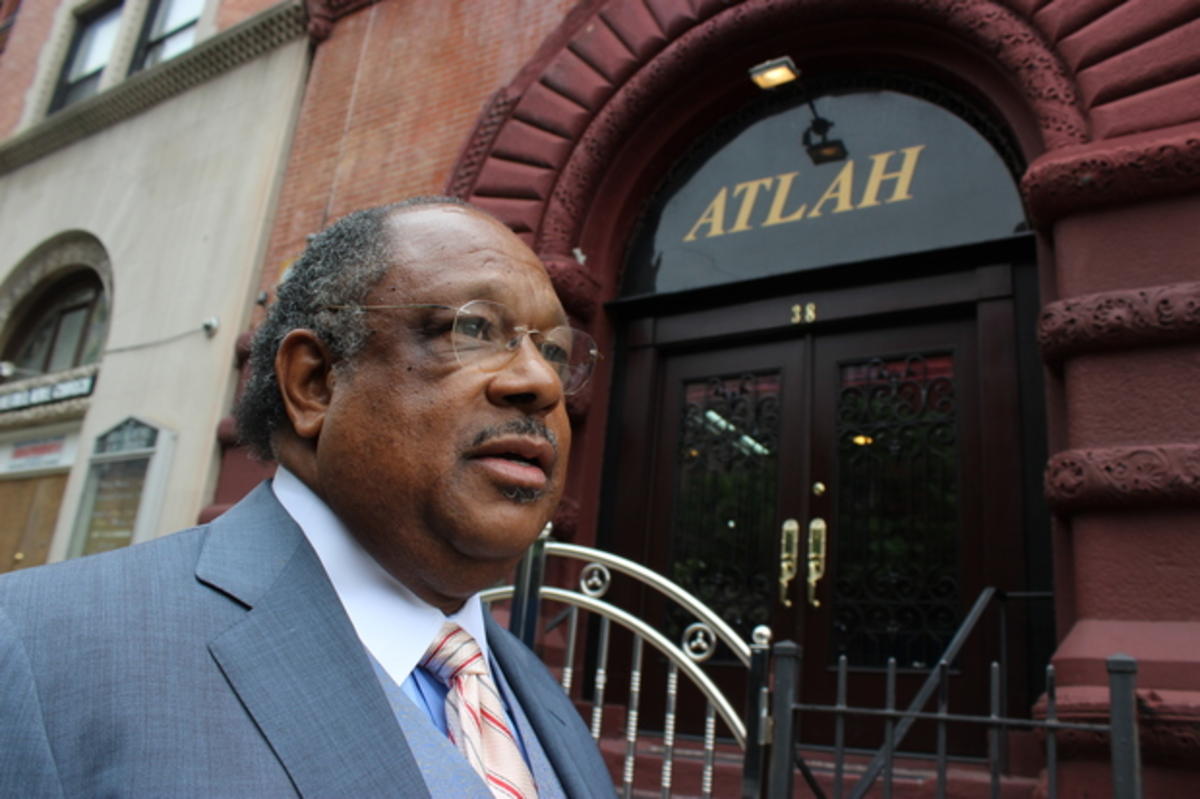 They say God don't like ugly, and apparently he's not to fond of homophobes either.  Atlah Worldwide Church, the anti-gay Harlem, New York City, church, is being put up for public auction in February after falling deeply in debt.  This morning DNFinfo published more details about the financial fiasco. 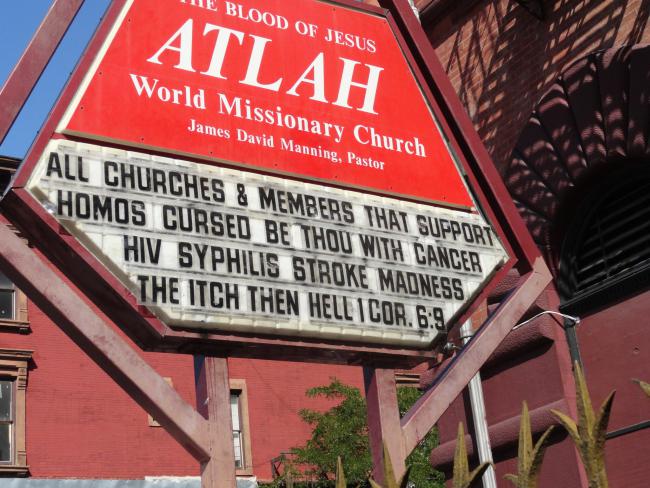 A state judge ordered Atlah Worldwide Church to be sold at a public foreclosure auction after failing to pay creditors more than $1.02 million, court records show.

Church leader Pastor James Manning said in a phone conversation with DNAinfo New York that the foreclosure was mostly over unpaid water and sewage bills and vowed to fight the order, claiming his church’s tax exempt status means he doesn’t have to pay.

“I assure you, it’s about a water bill and a tax that can’t be levied against this church,” Manning said. “I think it’s a land grab quite frankly.”

Manning said he found out about the public auction last week and was previously unaware that there was a legal case against his church despite the fact that the case began in September 2009 and his lawyer filed an answer to the complaint a month later.

What Manning didn’t say is that there are nine federal tax liens against him totaling more than $355,000 from as far back as 2002. He also owes New York State for more than $28,000 and other creditors more than $30,000, public records show.

According to city records, the Internal Revenue Service released a federal lien against Manning in 2006 and the Bank of New York Mellon was assigned that lien in 2010.

The city’s Department of Environmental Protection would not say if churches are exempt from water and sewage charges, but the agency's website lists $194,000 in outstanding water bills.

The church had until April 2015 to pay creditors back the $1.02 million, according to court documents.

Opp!  Well we hope it gets turned into and LGBT support center.