The Origins Of Homophobia : The History Behind The Hate 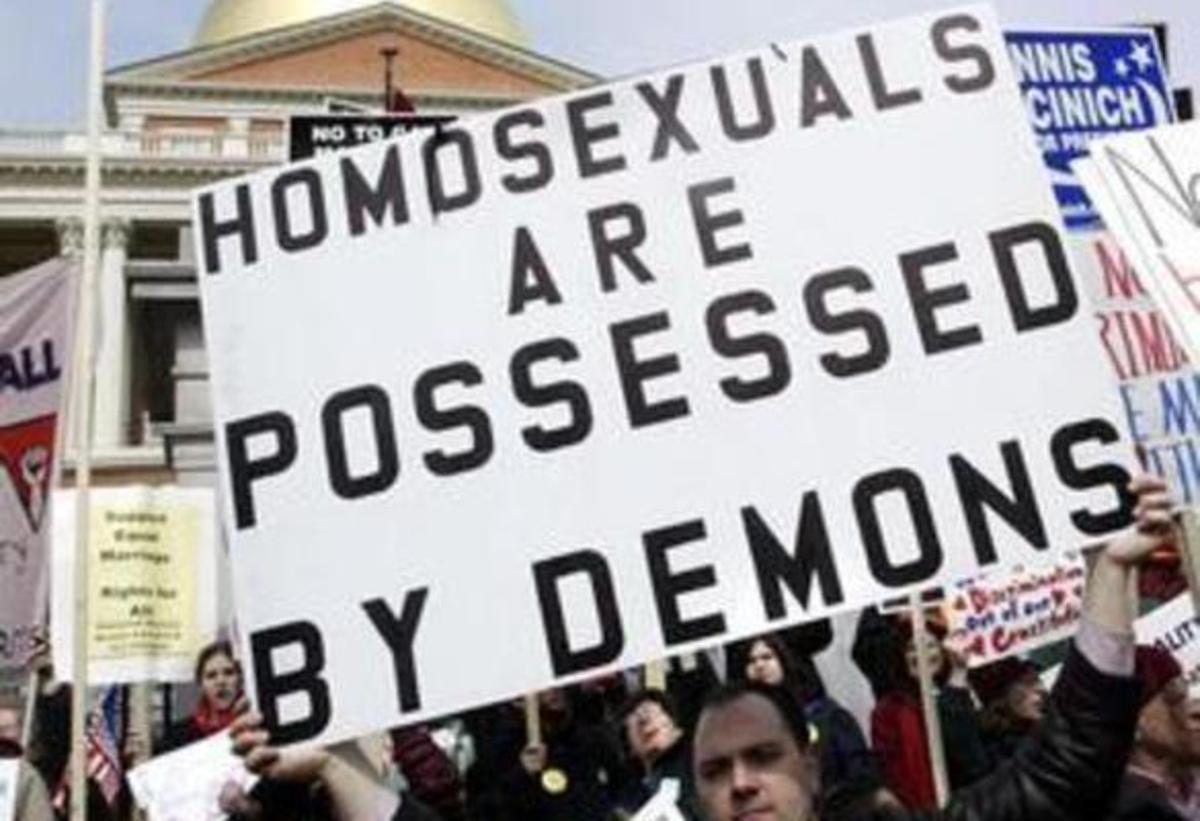 Social scientists attempting to explain why so many people hold negative feelings toward homosexual persons have tended to offer either theoretical speculations or empirical data, with little synthesis of the two. The theoretical accounts often have revealed more about the writer's personal prejudices toward homosexuality than society's reaction to it. For example, William James (1890) assumed that being repulsed by the idea of intimate contact with a member of the same sex is instinctive, and exists more strongly in men than in women, Interestingly, in cultures where such forms of ''unnatural vice" as homosexuality are found, James supposed that the instinctual aversion had been overcome by habit. In other words, he assumed that tolerance is learned and revulsion is inborn. rather than vice-versa. This is particularly surprising in view of his hypothesis that a ''germinal possibility'' for same-sex attraction exists in ''most men."

There are similarities between the thinking of James and Edward Westermarck (1908), but the latter went beyond instinct-based explanations in his cross-cultural study of morality. He was willing to assert that societal censure of homosexual practices is due to "the feeling of aversion or disgust which the idea of homosexual intercourse tends to call forth in normally constituted adult individuals whose sexual instincts have developed under normal conditions." But he thought this explanation was inadequate in accounting for the particularly violent reaction against homosexuality displayed by the Jewish, Christian, and Zoroastrian religions. Their strong hostility exists, he said, because homosexual practices were associated historically with idolatry and heresy, and so were condemned by way of laws and customs.

Psychoanalysts offered a more social-psychological view. Sigmund Freud (1905) asserted that an exclusive heterosexual orientation does not only result from biological causes, but also is influenced by societal prohibitions on homoerotism and by early experiences with parents. He assumed that all men and women had strong attractions to their same-sex parent but these feelings were usually repressed in dissolving the complete Oedipus complex. In many cases, however, the repression is incomplete. Thus, Sandor Ferenczi (1914) suggested that heterosexual men's feelings of aversion, hostility, and disgust toward male homosexuality really are reaction-formations and symptomatic of defense against affection for the same sex. Ferenczi did not extend his analysis to women's attitudes or to attitudes toward lesbians, but similar processes might be inferred.

The bulk of studies have sought to uncover the correlates of negative attitudes. Some findings are contradictory, such as the relationship between sex-role conformity (i.e., masculinity, femininity, androgyny) and attitudes. In general, however, some consistent patterns have been observed across different samples. When compared to those with more favorable attitudes toward lesbians and gay men, these studies have found that persons with negative attitudes:

1. are less likely to have had personal contact with lesbians or gay;

2. are less likely to report having engaged in homosexual behaviors, or to identify themselves as lesbian or gay;

3. are more likely to perceive their peers as manifesting negative attitudes, especially if the respondents are males;

4. are more likely to have resided in areas where negative attitudes are the norm (e.g., the midwestern and southern United States, the Canadian prairies, and in rural areas or small towns), especially during adolescence;

5. are likely to be older and less well educated;

6. are more likely to be religious, to attend church frequently, and to subscribe to a conservative religious ideology;

8. are less permissive sexually or manifest more guilt or negativity about sexuality, although some researchers have not observed this pattern and others have reported a substantially reduced correlation with the effects of sex-role attitudes partialled out;

9. are more likely to manifest high levels of authoritarianism and related personality characteristics.

Sex differences in the direction and intensity of attitudes have been observed fairly consistently. It appears that heterosexuals tend to have more negative attitudes toward homosexuals of their own sex than of the opposite sex. . . .

provide the primary basis for the attitude. Interactions have consequences for both beliefs and affects associated with lesbians and gay men. Because they provide information, face-to face interactions tend to refute stereotypes and reduce ignorance, which Marmor (1980) identified as the most important sources of hostility toward homosexual persons. At the same time, interpersonal encounters have an emotional impact that individuals can generalize to all lesbians and gay men. Thus, heterosexuals who know lesbians and gay men are better able than others to recognize stereotypes as inaccurate, and are more likely to express tolerant attitudes as well. Since only about one-fourth of the adults in the United States report that they have homosexual friends or acquaintances (Newsweek Poll, 1983), it can be hypothesized that attitudes will become more favorable overall as more lesbians and gay men disclose their sexual orientation to friends or family. For the present, however, we must assume that only a minority of people in the United States have attitudes based on experience. The remainder have formed their opinions and beliefs without the benefit of personal contact. Consequently, stereotypical beliefs about gay men and lesbians are prevalent, and it is appropriate here to discuss their forms and effects.

Most common stereotypes are related to cross-sex characteristics. Additionally, significant numbers of individuals characterize male homosexuals as mentally ill, promiscuous, lonely, insecure, and likely to be child molesters, while lesbians have been described as aggressive and hostile toward men. Positive characteristics are also part of the homosexual stereotype including such traits as sensitivity, intelligence, honesty, imagination, and neatness.

Recent research in social cognition has revealed the importance of stereotypes as cognitive categories for imposing order and predictability on the world. Some people feel the need for categorization so strongly that they increase their liking for a person simply because she or he labels another as homosexual. Homosexual persons who violate stereotypical expectations (e.g., masculine gay men and feminine lesbians) may actually be disliked. Such nonconformity may not be noticed, however, since labeling itself can lead people to perceive stereotypical behaviors, whether or not they occur. . . .

It frequently is assumed that feelings of personal threat result in strong negative attitudes toward homosexuality, whereas lack of threat leads to neutral or positive attitudes. This perspective often is associated with the term homophobia, and it derives from a psychodynamic view that prejudiced attitudes serve to reduce tension aroused by unconscious conflicts.

Attitudes are likely to serve a defensive function when an individual perceives some analogy between homosexual persons and her or his own unconscious conflicts. Subsequently, that person responds to gay men and lesbians as a way of externalizing inner conflicts and thereby reducing the anxiety associated with them. The conflicts specific to antihomosexual prejudice presumably involve a person's gender identity, sexual object choice, or both. For example, unconscious conflicts about one's own sexuality or gender identity might be attributed to lesbians and gay men through a process of projection. Such a strategy permits people to externalize the conflicts and to reject their own unacceptable urges by rejecting lesbians and gay men (who symbolize those urges) without consciously recognizing the urges as their own. Since contact with homosexual persons threatens to make conscious those thoughts that have been repressed, it inevitably arouses anxiety in defensive individuals. Consequently, defensive attitudes are likely to be negative.

Several psychodynamic explanations offered for attitudes toward lesbians and gay men fit with the defensive function. Heterosexual men may envy gay men because the latter are not constrained by the masculine ideal. Heterosexuals may also envy the sexual freedom presumably enjoyed by lesbians and gay men. In either case, the envy is presumably translated unconsciously into hostility. In a similar vein, Cory (1951) also proposed that negative feelings toward opposite-sex homosexuals result from heterosexuals' feelings of rejection as potential sexual partners. Weinberg (1972) hypothesized that since many people strive for vicarious immortality by having children, and since lesbians and gay men are perceived (incorrectly) as having rejected this means for eluding the finality of death, the latter evoke an unconscious fear of death.

Many particular empirical findings I have mentioned make sense if we assume that negative attitudes often are based in part on a defensive function: the finding that people are more negative toward homosexuals of their own sex than toward those of the opposite sex (since same-sex homosexuals presumably are more threatening); the positive correlations between hostile attitudes toward homosexuality and variables such as authoritarianism' cognitive rigidity' intolerance of ambiguity, and dogmatism (all of these personality traits presumably indicate higher levels of defensiveness); and the positive correlations between hostility and sex-guilt sexual conservatism, and nonpermissiveness (all of which might indicate conflicts about sexuality). . . .

McConahay and Hough (1976) defined symbolic racism as "the expression [by whites], in terms of abstract ideological symbols and symbolic behaviors, [of] the feeling that blacks are violating cherished values and making illegitimate demands for changes in the racial status quo." This definition can be used to delineate the third functional category of attitudes toward lesbians and gay men. As with symbolic racism, symbolic sexual attitudes express the feeling that cherished values are being violated and that illegitimate demands are being made for changes in the status quo. I will expand the definition, however, to include favorable attitudes that are based upon the belief that discrimination and prejudice themselves violate the values of freedom and equality.

Whether favorable or unfavorable, symbolic attitudes derive from socialization experiences, past and present. They express values important to one's concept of self, thereby helping individuals to establish their identity and affirm their notion of the sort of person they perceive themselves to be, while simultaneously mediating their relation to other important individuals and reference groups. This is part of an ongoing social dialectic through which one's sense of self develops while it also defines interpersonal relationships.

The symbolic pattern is apparent in the empirical data already summarized. Heterosexuals who express hostile attitudes toward homosexual persons also tend to endorse traditional ideologies of family, sexuality' and sex roles, and often are prejudiced against other minorities as well. That some of these same findings also apply to the defensive function underscores the complex, overdetermined nature of attitudes toward homosexual persons. Attitudes serving different functions can be correlated with identical behaviors.

For persons with symbolic attitudes, certain reference groups appear to be particularly influential. As already mentioned, people who are involved in church groups (as indicated by frequent attendance at church services) reflect the historical religious bias against lesbians and gay men, and this is especially so for Christians. People who grew up in areas where higher tolerance exists for diversity also hold more positive attitudes toward lesbians and gay men; these include city-dwellers and people from the northeastern and Pacific coastal regions of the United States The same studies report that more tolerant attitudes are held by younger persons (whose cohorts' values reflect the liberalism of the 1960s and 1970s) and by persons with more education (who presumably have been exposed to liberal values on a college campus). Finally, people are more tolerant of lesbians and gay men if their parents also displayed tolerance. 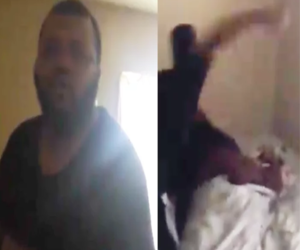 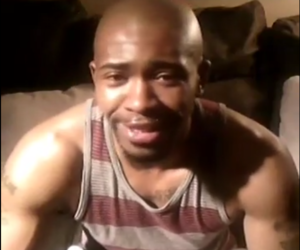 Let's Talk About It Asks: Should Your Other Half Have Your Social Media/Phone Passwords? 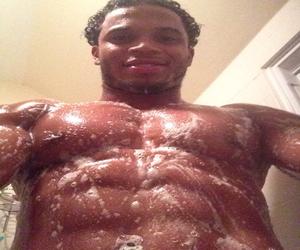 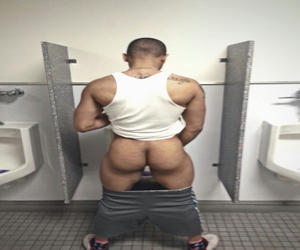 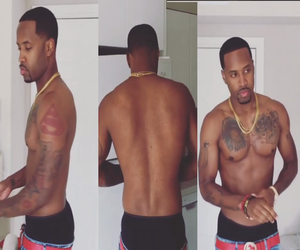 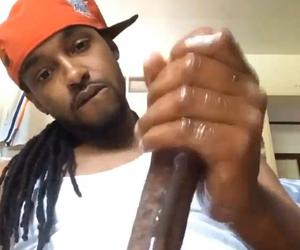