One man is dead and two are in jail after authorites in Wae County say a love triangle between three men exploded last Sunday Night shortly after a Superbowl Party.  Police say Darius Walker, 25 (pictured center) was stabbed to death after finding his boyfriend Treyshawn Fuller, 26 (pictured right) and another man Chris Johnston, 26 (pictured left) in bed together.

According to authorites, the three men attended a Superbowl party hosted by a mutual friend.  During the party witnesses say Darius confronted Treyshawn and Chris about a sexual relationship he believed they were having.  After the altercation Treyshawn and Chris left the party together.  Darius then followed the two around in his car for thirty minutes before driving to his mother's home where he resided.  Treyshawn and Chris then headed to Treyshawn's home arriving around 1 am.

A 911 call came in around 2 am from Treyshawn saying that his "ex" boyfriend had entered his home with a key and found him in bed with a friend and attacked them out of jealousy.  Fuller says he and Johnston defended themselves with knives that had been laying in the room.

Police however questioned the story after arriving on the scene and discovering Darius had indeed been stabbed but was laying on the the bed naked. 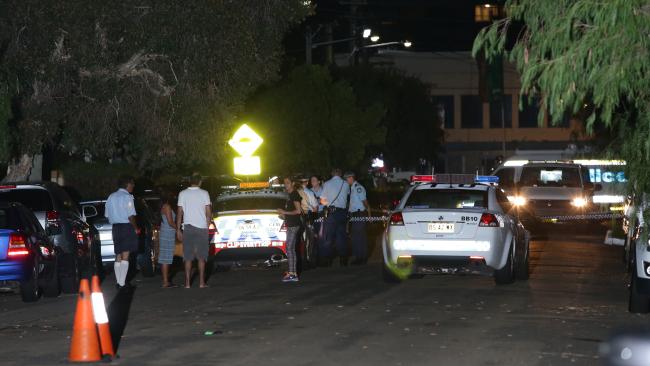 "We are still trying to piece together the events but it appeared the three men had been engaged in a sex act together and at some point both Mr. Fuller and Mr. Johnston began stabbing Darius." lead investigator Marsha Finton said to News6.  "There was no indication that Darius was stabbed while clothed or that any type of physical struggle occured prior to him being stabbed. "

Text messages retrieved from Treyshawn and Darius's phone revealed Treyshawn lured him to the home with talks of reconciliation.

During questioning Chris admitted he and Treyshawn had planned to kill Darius upon his arrival.

Both Treyshawn and Chris are being held without bond.

When Your Boy Has Cakes But They Stink

Who is The Freakiest/Nastiest in This Photo?